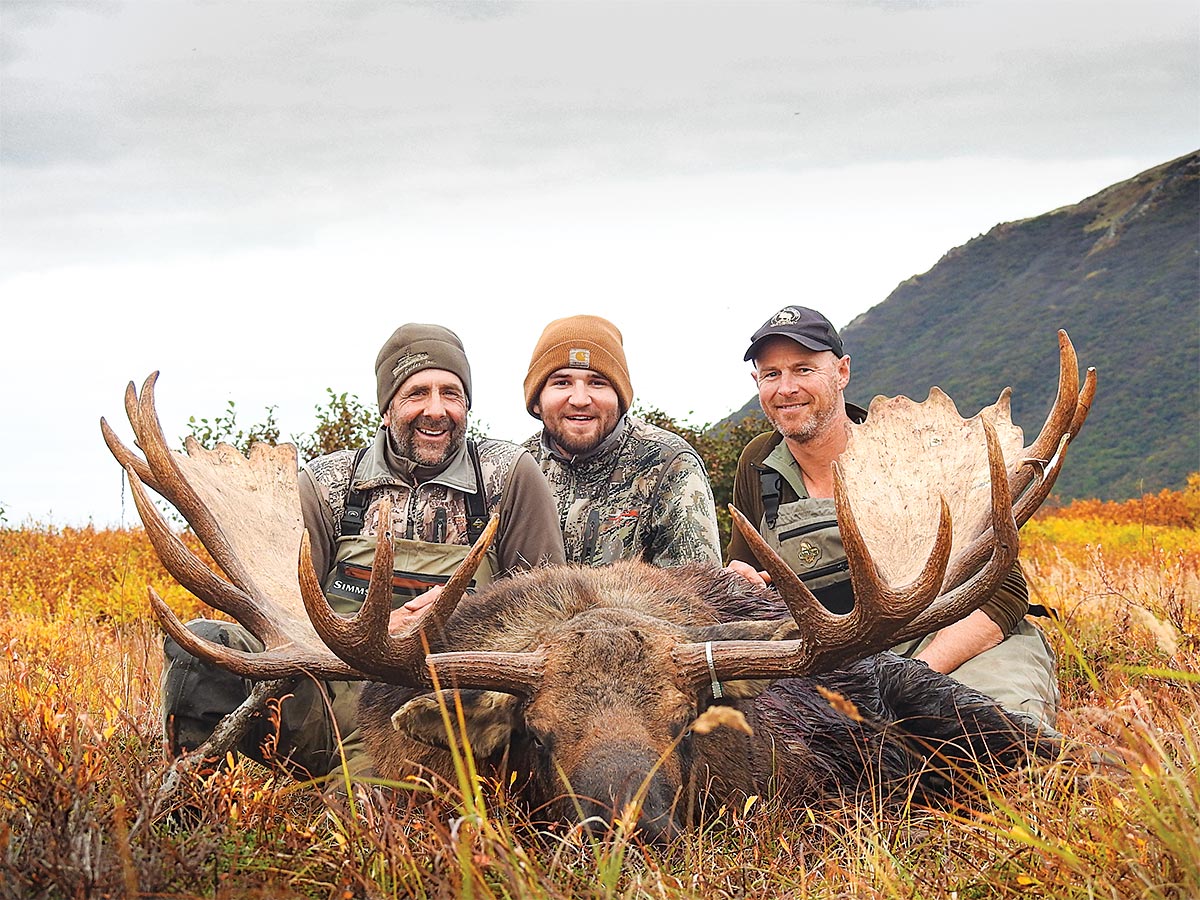 We hope you’re all enjoying the new season’s TV Show episodes, Wednesday nights on TVNZ’s Duke. It’s been a trying season thanks to Covid, getting them all filmed and edited and to air but thankfully, judging by the feedback we’ve been getting, it looks like it’s been well worth the effort!

By the time you read this the Wapiti ballots will be well underway and the Red roar will be kicking off everywhere as well. The guys from our main TV Show sponsor Continuous Group won the Wild Natives 1st period, and have asked one of us to show them around the block. As Willie’s still too bus... read more » 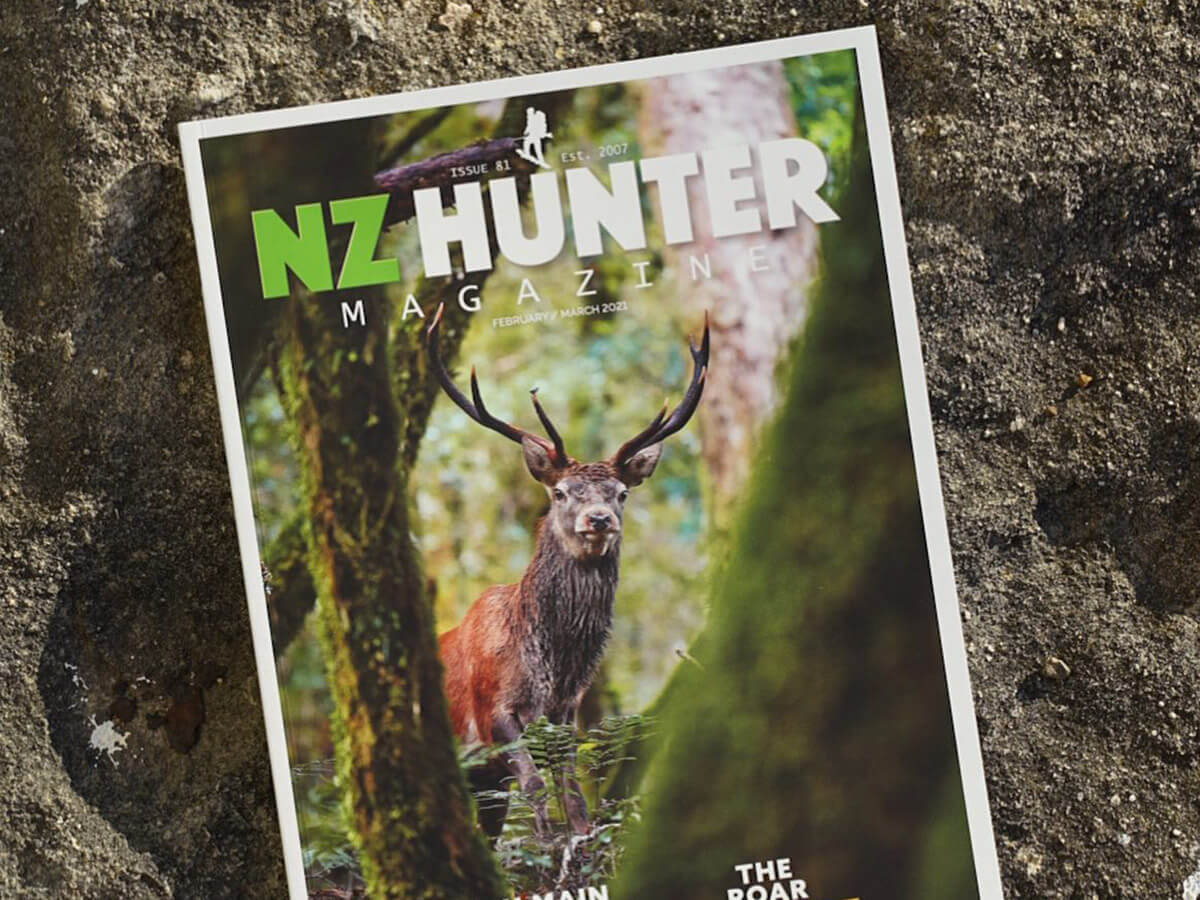 Starting off with the good news, we have been flat out filming and editing the last few episodes of the new season of the TV Show due to go to air on February the 17th.

Despite the Covid restrictions limiting our roar hunts to private land, since then we have managed to complete some amazing expeditions and seen some amazing country and animals. I promise you your Wednesday nights will be busy watching TVNZs Duke channel for some time! 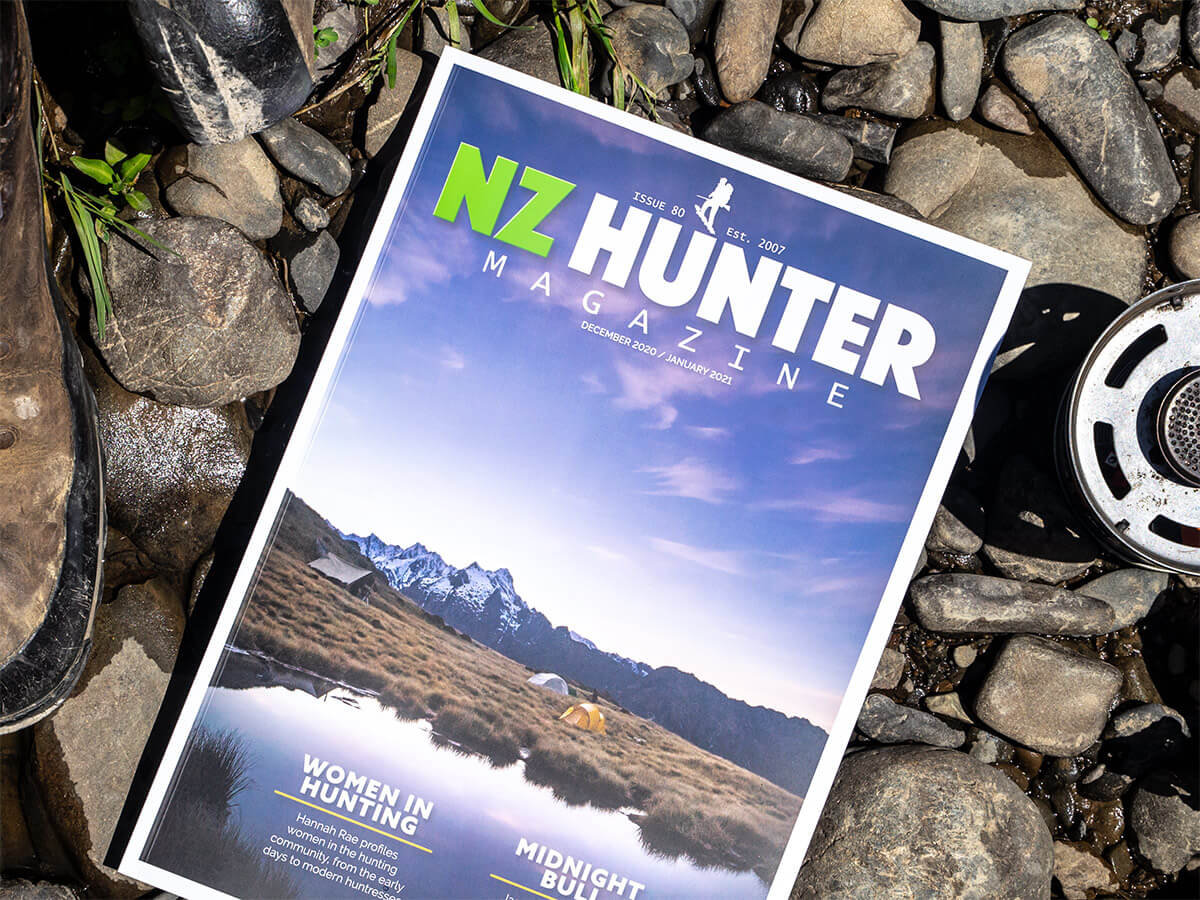 This spring has had the usual mix of weather so far, but we have had a few cracker days in between fronts that we’ve managed to get up high on the mountains and down low in the rivers and make the most of.

By the time you read this the deer should be mostly in their summer coats except for the yearlings which are always the last to change, making these young and tender animals easier to distinguish – just try and leave the knobbies, the yearling stags!

The election has been and gone and we... read more » 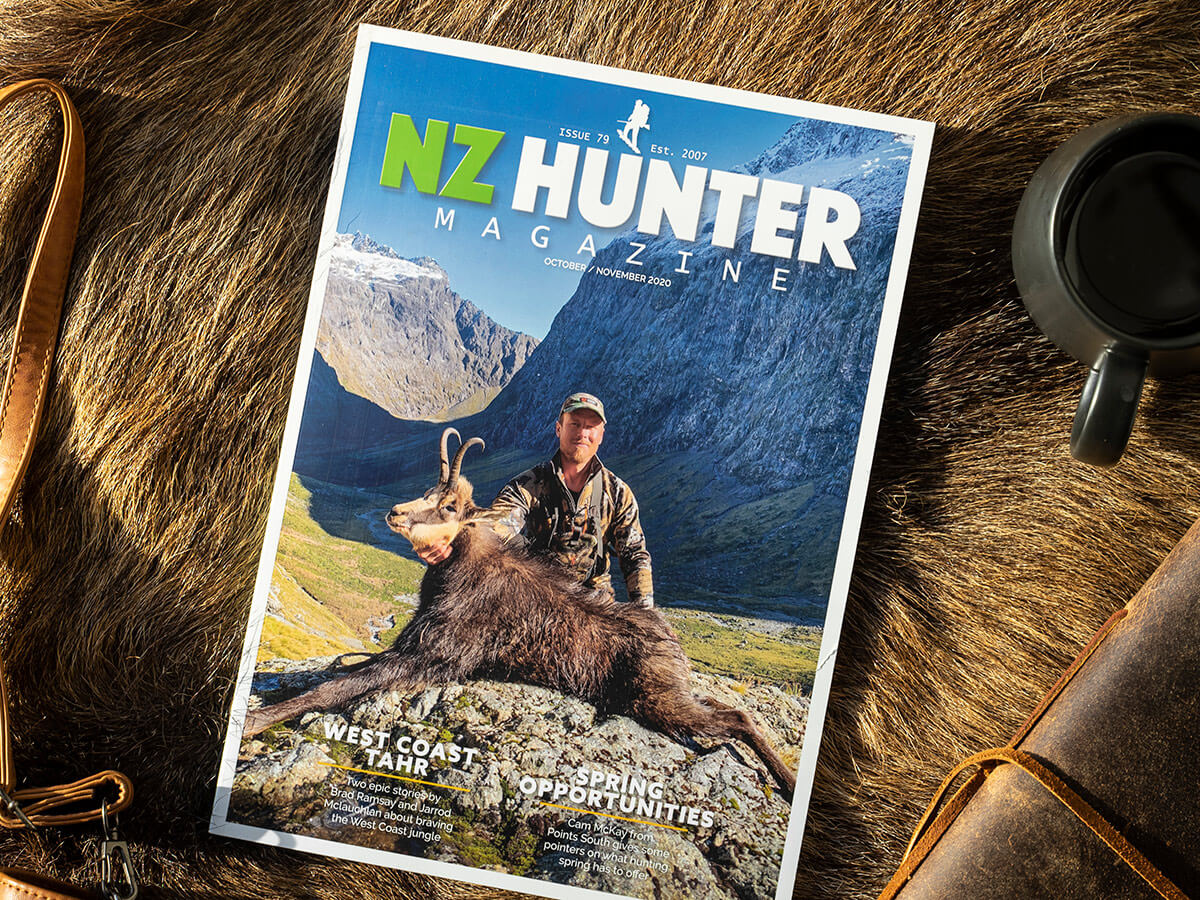 Most of you will be aware of the result of the new consultation the High Court ordered DOC to do over the second half of their 20/21 Tahr Control Operational Plan.

The whole hunting sector put a huge amount of effort into presenting facts, population modelling and options to the Department, but unfortunately it largely fell on deaf ears. We could not save the bulls in the National Parks, and DOC intend to continue to do all the hours they originally plan... read more » 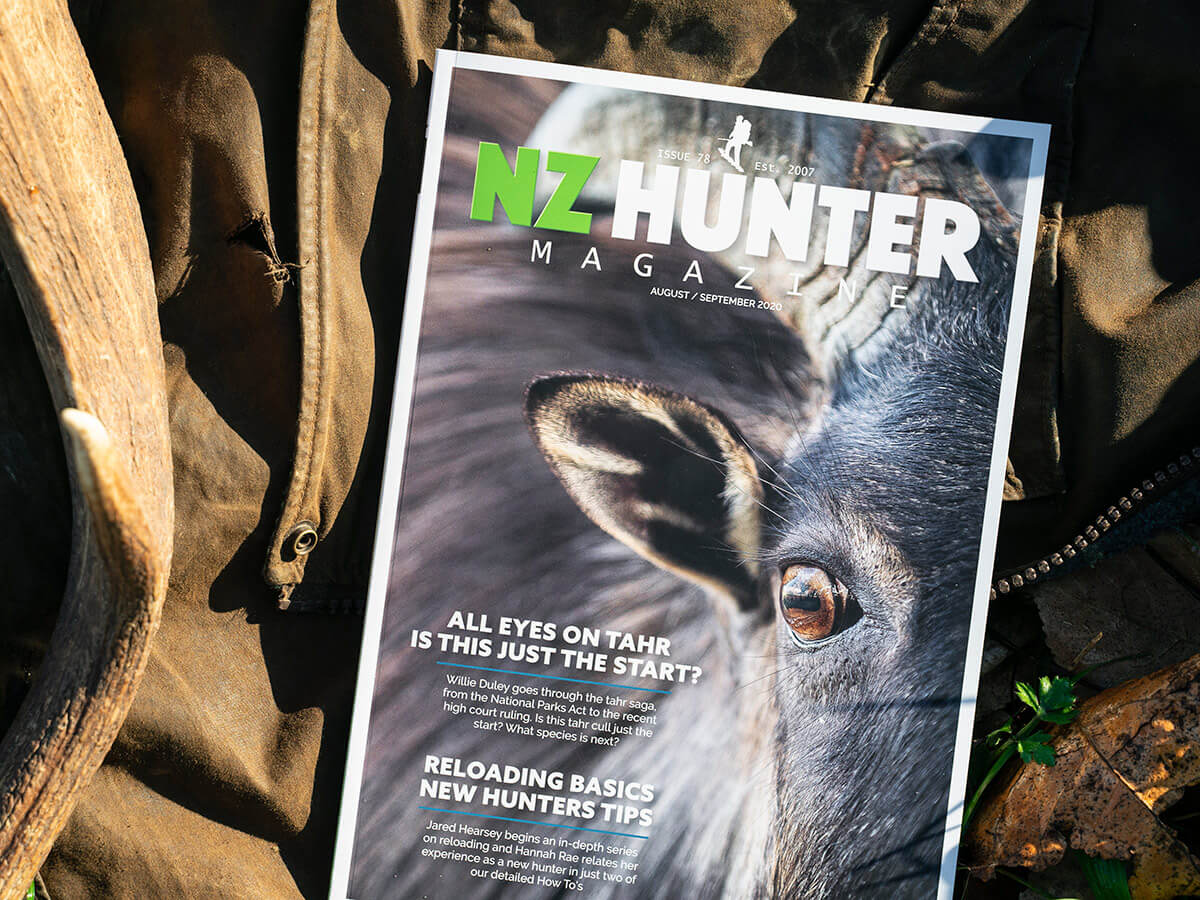 Tahrmageddon 2, it’s hard to believe, but here we are again…

I’m not going to go over the way this debacle has played out so far, as it’s covered in other parts of this issue of the magazine.

Where to from here? By the time you read this DOC contractors will have completed the 60 hours of culling in National parks DOC has instructed them to do. Mo... read more » 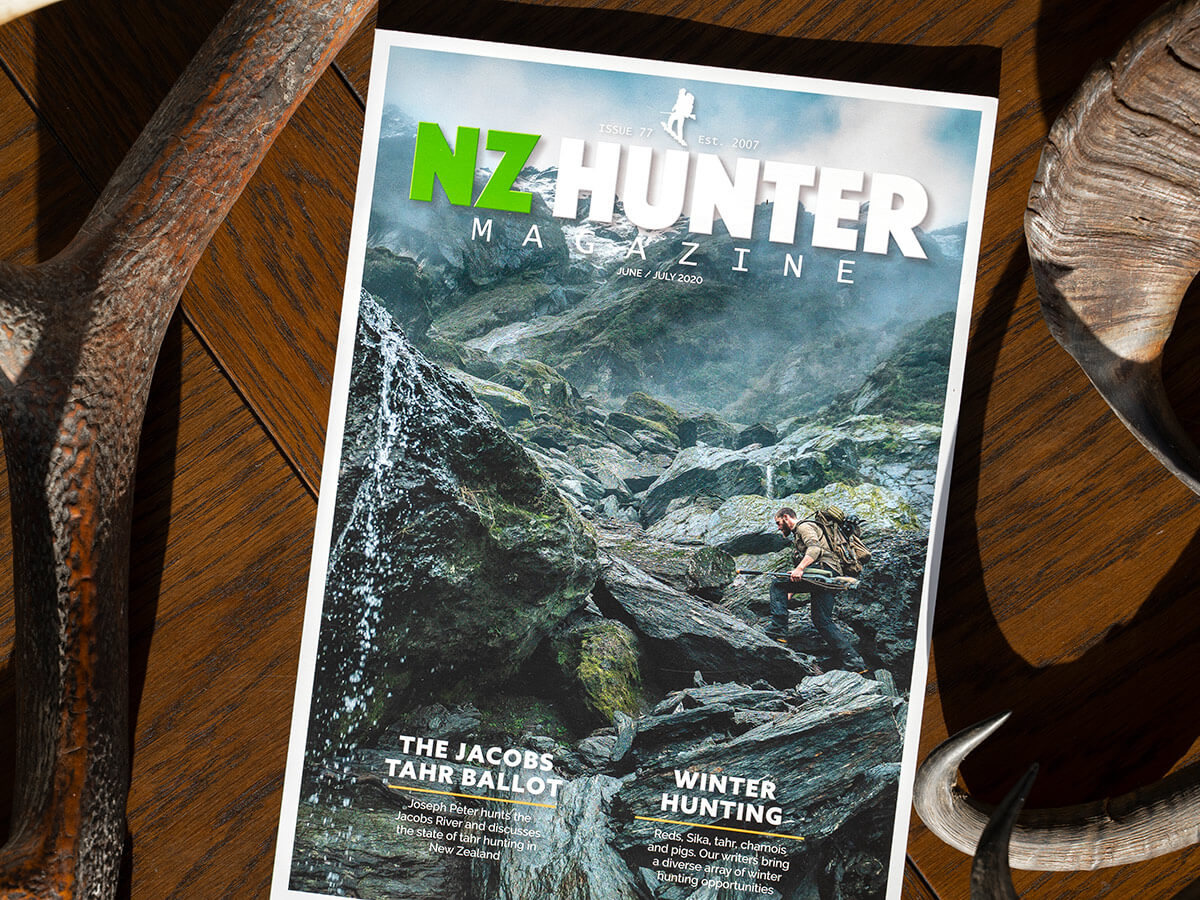 As I write this we are in Covid 19 Level 2 and hunters are allowed to go bush all over the country again, as long as they are sensible about it and follow the Level 2 guidelines.

Thankfully most hunters were seen to be obeying the rules through Level 3 and 4, but there were a couple of exceptions. Hopefully we have no major community outbreaks and we will be able to continue to get back to normal both in work and recreation where possible. 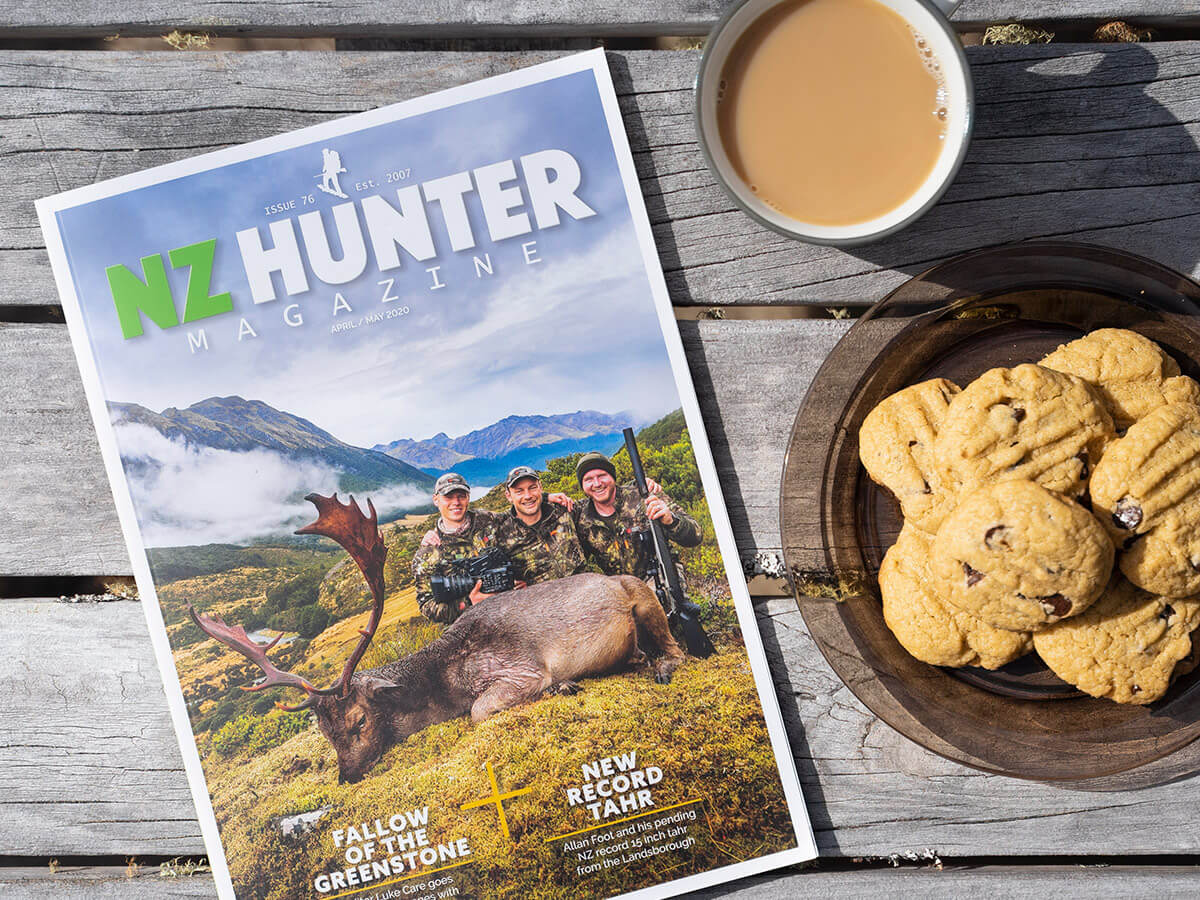 We are in interesting times to say the least!

With the whole world and now New Zealand reeling from the COVID-19 pandemic, many of the things that were extremely important before the outbreak suddenly seem less so. As I write this the situation is changing daily, and we are all wondering if we are going to be able to get to our Wapiti and... read more » 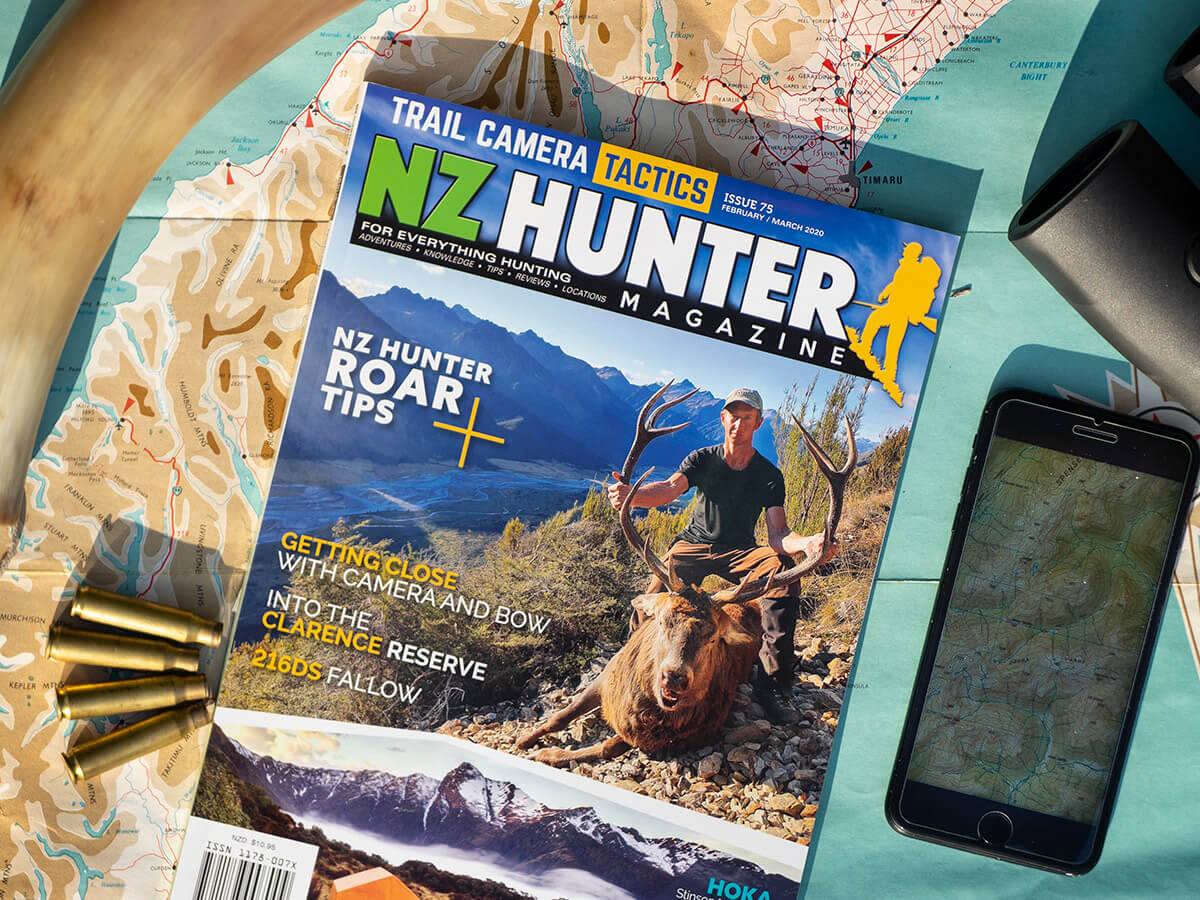 Well here we are approaching that time of year again.

It’s the countdown to the roar and our favourite time of year. The maps are out, heads being scratched and plans schemed to work out where we’re headed this year to try and find that true wilderness stag to top all stags! The good thing is there’s been little WARO this season, so there should ... read more » 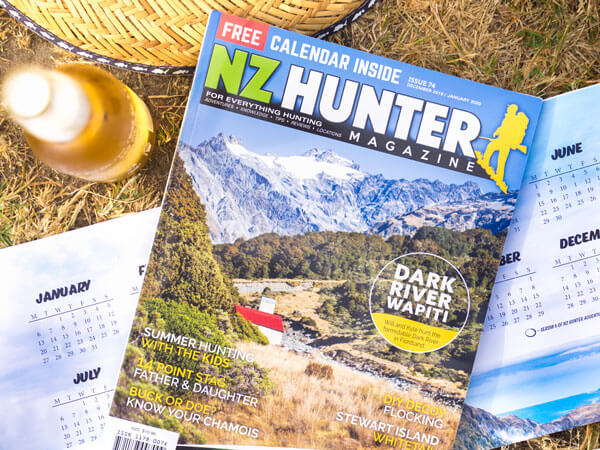 I never fail to be amazed by the variety of hunting experiences available in this country, and every time we come back from a trip I find it’s just opened the door to many more! I’ve seen some young and old fullas get their “first” of several species and trophies in the last couple of months, ... read more » 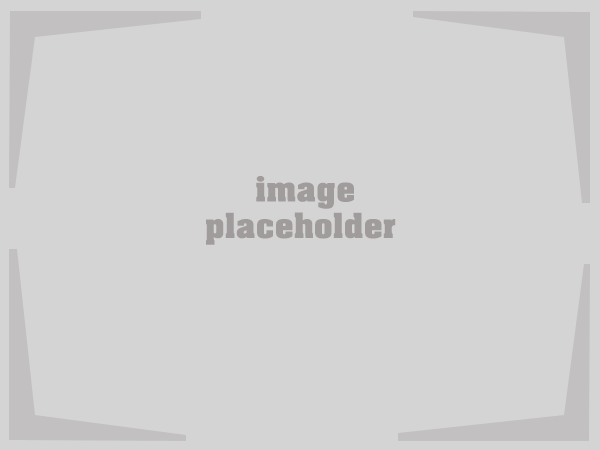 Our winter hunting has been fairly eventful to say the least, and we have some interesting episodes coming up for you next season.

Spring is just round the corner in the low country but don’t expect to see any signs of it for a month yet in the high country! Some of the most dangerous times of the year travel wise are coming up - with equinoxial winds, unstable spring snow conditions, and rapidly rising and usually high r... read more » 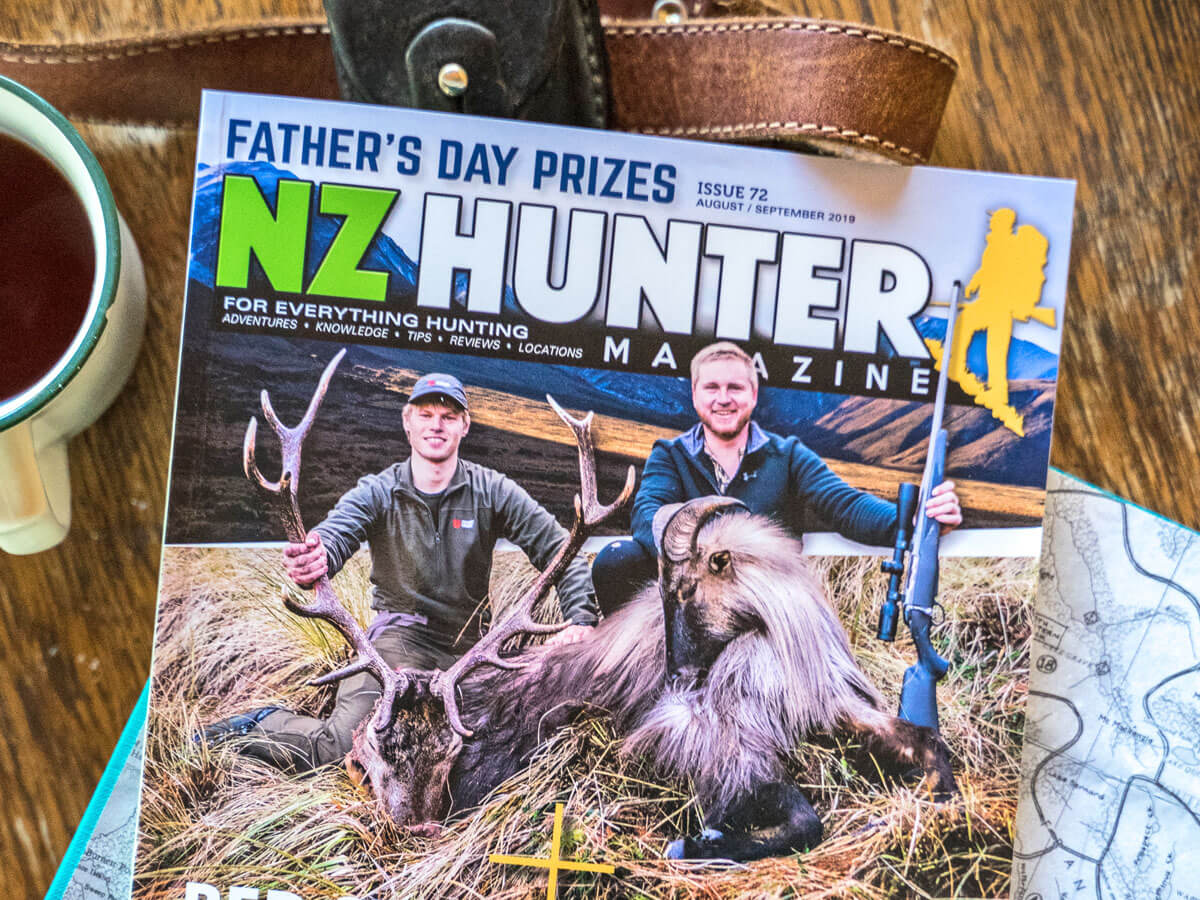 I hope the tahr ballot block weather worked more in your favour than it did in ours.

We had Speculation Creek the 3rd week in May and it was a complete washout, no-one was able to get in. Oh well, back to walking in when the weather is more suitable, which is more our style anyway. We’ve had some great success off camera since then, doing shorter trips driving in up the East C... read more » 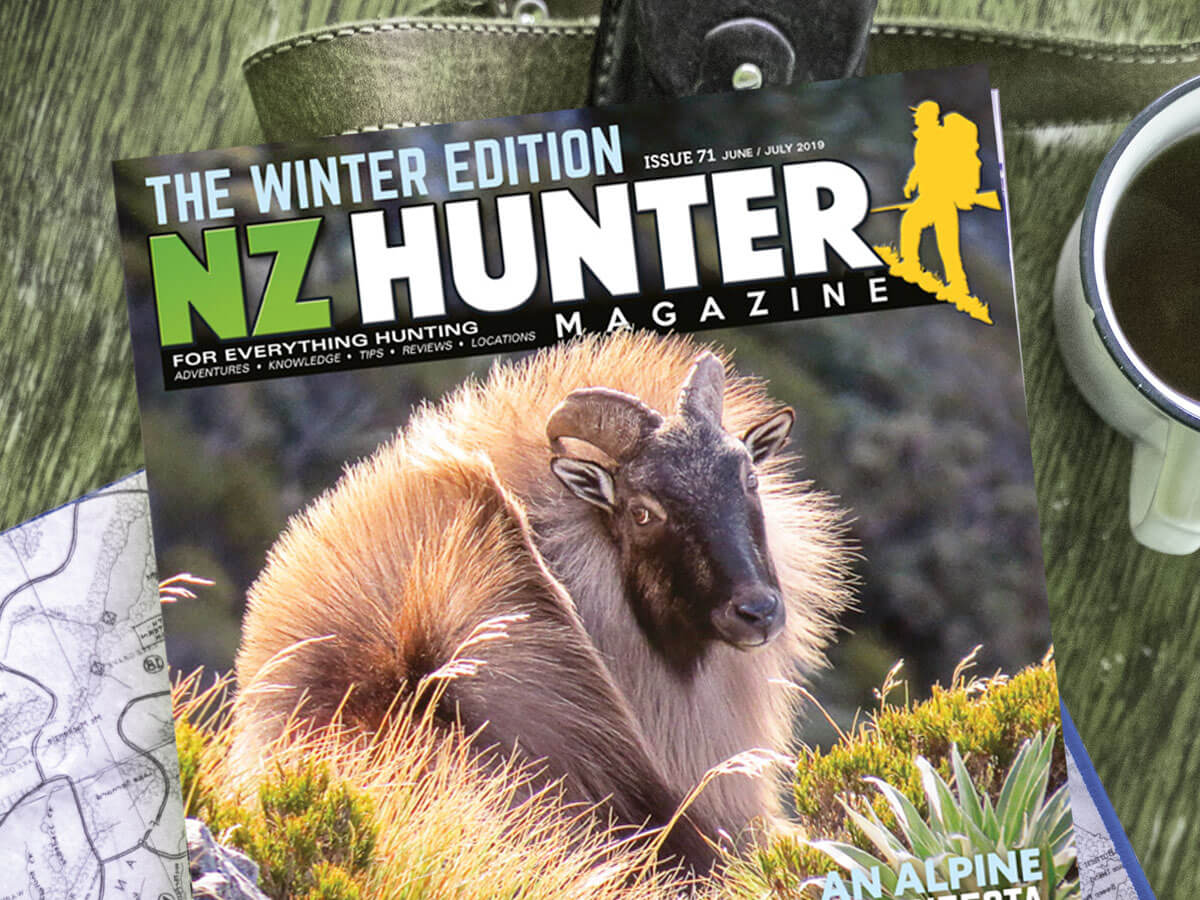 The first real bite of winter is hitting the hills as I write this.

The roar is well and truly over, and we’re into our planning of the cold months ahead now. We had an awesome sojourn in the Greenstone after Fallow, we’ve done our first sortie after Rusa, and have tahr rut, winter Red stags and of course waterfowl to hunt and film over the next few months.&nb... read more » 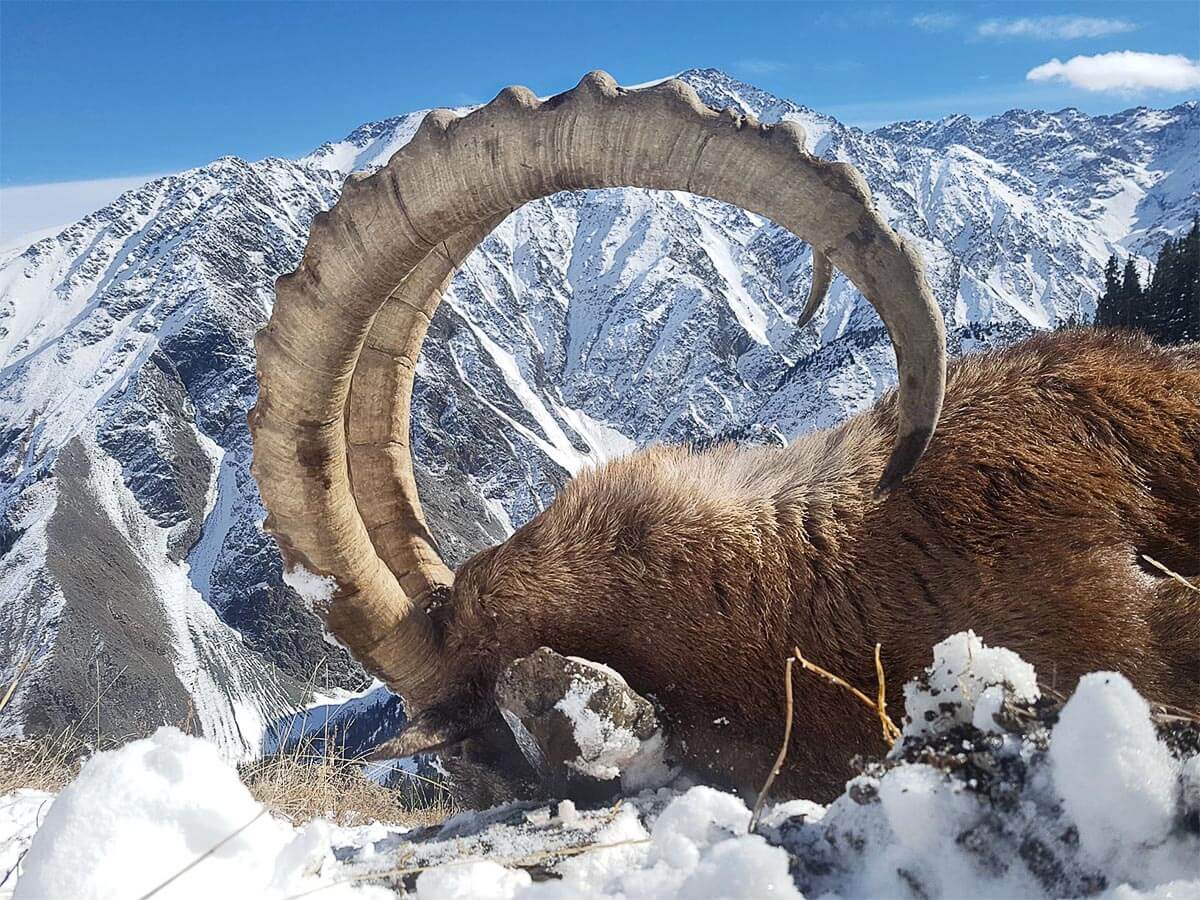 As I sit to write this it’s been just two days since the tragedy in Christchurch.

Our sincerest condolences go out to the families of the victims, and to all of those affected directly. And we are all going to be affected - whether directly or indirectly. New Zealand lost its innocence on March 15, 2019.

Within hours of the shooting... read more » 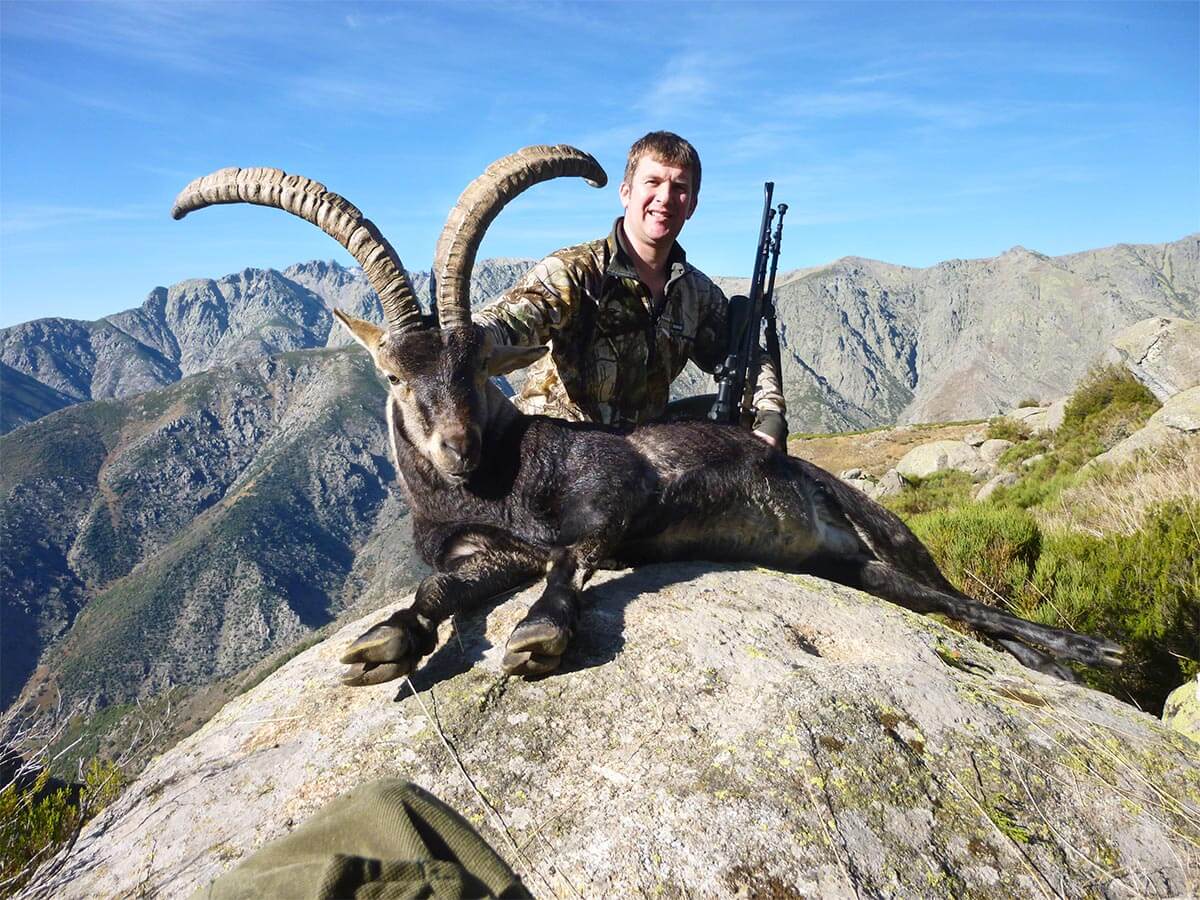 It’s rapidly approaching that time of year that all hunters look forward to – the stag’s antlers hardening and the coming of the roar!

Now is a great time of year to harvest some fat venison and some will be already looking for stags. There are a few things to consider if you’re looking to collect some antlers you’ll be proud of. Firstly, some facts about how a stag’s antlers grow - they pump calcium rich blood up through the... read more »

From Issue 37 you can purchase electronic versions of the magazine over on ZINIO for viewing on the following devices : Rim, iPad, WebOS, Android, Win8, PC/MAC.